New ‘business as usual’ is the low carbon economy 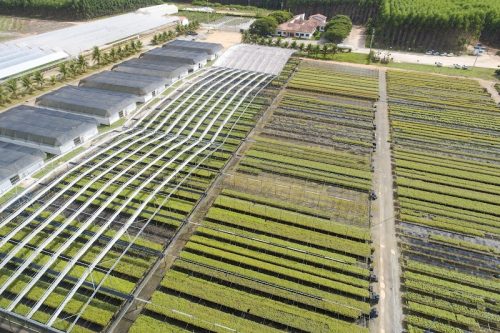 The 21st century could suffer from a rise in temperature above 2°C and lead the planet to a chaotic scenario, with almost zero chances of recovery. That was the conclusion of the panelists of the event organized by the Global Business Ambition for Climate Action Pact, whose objective was to recognize the actions that Brazilian companies are taking to address the climate urgency in the necessary ambition.

Well-known names in the fight against the climate crisis, such as Denise Hills, Global Sustainability Director at Natura &Co, and Cristiano Teixeira, Klabin’s CEO, spoke about the challenges faced by companies when composing actions to meet the zero emission targets in accordance with the current Brazil’s political scenario.

“We have to be aligned with the Brazilian NDC, without a doubt, but it is also up to us to take actions that lead us to zero emissions before 2050, as raising the temperature to 1.5 °C is essential for business continuity”, said Denise.

Chain engagement and working in partnership were also issues addressed by the panel’s moderator, Carlo Pereira, Executive Director of Pacto Global Brasil. According to Pereira, the solutions that will lead to a low carbon economy cannot be taken individually. This statement is supported by Denise, who points to the Amazon region as strategic for the generation of carbon credits and proposes to integrate the company’s operations with incentives, including financial ones, for the communities that inhabit the area and preserve the location.

Habit changes
Guilherme Weege, ambassador of SDG 13 (Sustainable Development Goal, which deals with action against global climate change), took a clear stand on the issue of changing habits, as an individual, and new business practices. “We have to deal with emissions from the entire value chain, end-to-end, not just with operations, as buying carbon credits and offsetting emissions will only postpone the problem,” he said.

Scania Latin America CEO Christopher Podgorski shares this same thinking and recognizes the problem caused by the use of fossil fuels in road vehicles. “It is necessary to monitor the entire chain, maintain the vehicles, and be part of the solution, when, truth be told, they are responsible for 14% of emissions”, he commented. “We can’t just depend on fossil fuel anymore, we need a more eclectic future, not more electric,” he concluded.

Weege also affirmed the need to act now, to recover degenerate lands and increase the quality of production so that Brazil can stand out as a power in the greener economy. “It’s not just a question of money to change this reality. It is necessary to change habits, practices, to create a new reality and reach the future that Christopher brought to the discussion”, he concluded.