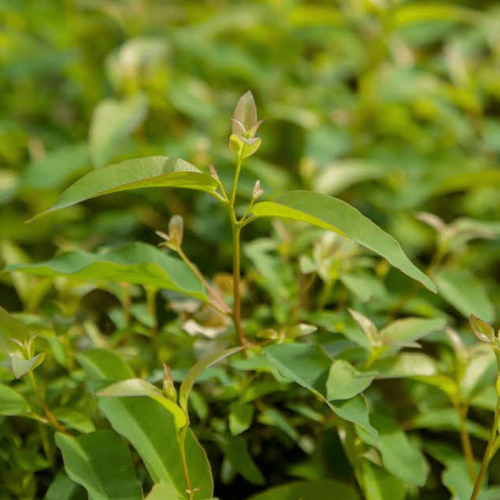 With the proximity of the 26th United Nations Conference on Climate Change (COP26), parliamentarians from the Committee on the Environment and Sustainable Development of the Chamber of Deputies mobilize around a positive agenda to be presented at the meeting. As part of this effort, the commission held, at the end of August, a public hearing to discuss Brazil’s participation in COP26.

With the presence of parliamentarians and representatives of civil society, bills that are being processed in the House were exhibited, forming what has been called the “Green Agenda”. “These projects can be worked on with the perspective of approval this year, because they are mostly consensual projects”, said deputy Rodrigo Agostinho (PSB-SP) during the hearing.

One of the proposals followed up with most expectation is the Bill 528/21, which creates the Brazilian Market for Emission Reduction (BMER), responsible for regulating the purchase and sale of carbon credits, in addition to establishing rules for registration, certification and accounting of carbon credits from the voluntary market. According to the proposal presented by deputy Marcelo Ramos (PL-AM), the credits will be linked to the reduction of greenhouse gas (GHG) emissions, which will be quantified and converted into bonds. A carbon credit would be equivalent to a ton of these gases that will no longer be released into the atmosphere.

The project initially proposes a voluntary market, but provides for the regulation of a mandatory national compensation program within a period of five years. In practice, a company that, in its production process, emits more carbon than provided for in the permit, may enter into negotiations for the acquisition of credits from other companies whose emission levels were below the limit. In order to go to the vote in the plenary of the Chamber, Bill 528/21 needs to be approved by two commissions.

Still in the end of August, the Brazilian Business Council for Sustainable Development (BBCSD) presented a proposal for a regulatory framework for the Brazilian carbon market, as a substitute for the project by deputy Marcelo Ramos. The document was based on results presented by the Partnership for Market Readiness Project (PMR Brasil), coordinated by the Ministry of Economy in partnership with the World Bank.

The proposal presented by BBCSD suggests the creation of a Brazilian Emissions Trading System (BETS) in stages. The first would last for three years and would teach companies and other agents involved in the implementation and monitoring of the system. At this time, the scope would only comply with CO₂ emissions and would be restricted to sources that emit above 50 ktCO₂e, that is, the level considered carbon intensive.

The second would last until the fulfillment of the Nationally Determined Contribution (known as NDC), assumed by the country under the Paris Agreement.

PL 7578/17, authored by Deputy Zé Silva (SD-MG), which creates the so-called “Green Heritage” by allowing compensation for those who preserve the natural heritage of their property and create mechanisms to measure the value of the preserved native forest, is also part of the set of proposals in the Green Agenda.

Under the proposal, the maintenance of the forest is treated as an agricultural activity, recognized by IBGE and, in the absence of an international methodology for measuring carbon credits, the volume of wood from standing trees is measured and the corresponding amount of greenhouse gases that are nullified is made. Thus, an asset previously considered to be of an intangible nature takes the form of an asset of an economic nature, as determined by the Forest Code.

The Ministry of Agriculture must coordinate the entire process, verifying the amount of credit that the rural owner has for the massive forest he takes care of. The Ministry of Economy, on the other hand, will register these credits in the national accounting, allowing the owner to use them for purposes of taxation by Income Tax or to deduct from fines arising from conduct adjustments, for example. According to the author, the project has the recognition of the Brazilian Securities and Exchange Commission (CVM) and the Brazilian Federation of Banks (Febraban), in addition to already having four financial agents willing to accept the credits in currencies to guarantee financing.

Incentives to the creation of private reserves

Of the total proposals, two are authored by the representative of the environmental caucus, Deputy Rodrigo Agostinho (PSB-SP), and deal with the modernization of environmental legislation in Brazil. One seeks to encourage the creation of Private Natural Heritage Reserves (PNHR) and the other makes the rules for granting public forests more flexible. Both have already gone through the Economic Development, Industry, Commerce and Service Committees and are proceeding to the analysis of the Environment and Sustainable Development, Finance and Taxation, Constitution and Justice and Citizenship Committees.

In the Bill 784/19, which encourages owners to create PNHR s on a voluntary basis, the main objective is the permanent preservation of the diversity of local fauna and flora. In exchange, the owners would receive benefits such as exemption from the Rural Land Tax (ITR), agricultural credits with better conditions than the market offers, and double deductions in income tax for expenses made in the reserve.

According to the author of the proposal, it is about regulating what is already being practiced by many rural landowners. “We already have a million hectares of forest being maintained by rural landowners in Brazil and we need to give these people a different condition, in order to value this work”, said the deputy during the hearing held at the end of August.

The proposal also considers the creation of the National Fund for Private Natural Heritage Reserves (PNHR Fund) to encourage the creation, management and protection of reserves. Environmental compensation and the conversion of environmental infraction fines should guarantee the resources of the fund, supervised by the Ministry of the Environment and representatives of civil society.

Another proposal authored by deputy Rodrigo Agostinho is Bill 5518/20, which amends the Public Forest Management Law, making the bidding process quicker, flexible in contracts and attractive to the business model of forest concessions. Of the total of nearly 20 million hectares potentially suitable for forest concession, only 1 million were granted and has a contract in progress.

Among the proposed changes is the removal of the technical analysis phase to the requirement of proof of adding value to forest products and services. According to the author, the requirement does not favor the best local competitive arrangement, which ends up making many concessions unfeasible. In addition, Bill 5518/20 proposes the revision of contracts every five years, the operational unification of concession areas, continuous or discontinuous, of the same conservation unit and the expansion of the permission to trade carbon credits, in addition to the commercialization of other environmental services.

The Green Agenda also includes Bill 5634/19, authored by deputy Otto Alencar Filho (PSD-BA), which does not require any authorization or license from the Public Power for the planting, on rural properties, of native species for the recovery of riparian forests. The objective is to facilitate the restoration of vegetation around springs, on the banks of lakes and watercourses, and in forests intended for conservation or subject to sustainable management.

Currently, the Forest Code classifies riparian forest areas as permanent protection areas. For this reason, it imposes restrictions on any intervention in these types of places, requiring authorization from environmental agencies even to carry out recovery actions.

According to the deputy, the authorizations and licenses currently required by environmental agencies for any intervention in these areas discourage voluntary initiatives by rural landowners and others interested in the recovery of native vegetation. The project is still being evaluated by committees before going to plenary.

The creation of a Green Rural Lottery to finance the Federal Program for Payment for Environmental Services (FPPES) is the proposal of the Bill 1587/21, prepared by deputy Evair de Melo (PV-ES). According to the bill, these additional resources would come from the net income of the “Loteria Rural Verde” and the values ​​of its prizes not claimed by the players within the prescription period. It will be up to the Ministry of Economy to organize and define the frequency, value of the prizes and prices of bets, as well as the expenses with costing and maintenance of the operating agent.

The FPPES remunerates farmers who carry out the maintenance, restoration or improvement of areas considered priority for conservation. But, according to the deputy, the project also lacked resources. “With the Green Lottery, we will have resources aimed at rural education, rural security and for farmers who preserve beyond the legal requirements,” declared the author on the day the project was approved by the Environment Commission.

In addition to bills, there are two international agreements stalled and requiring congressional ratification. One of them is the Kigali Amendment, which complements the Montreal Protocol and establishes a schedule for reducing the production and consumption of products that use hydrofluorocarbons (HFCs), which are responsible for damage to the ozone layer. Despite being processed on an urgent basis, the document has been awaiting analysis by the plenary since 2019.

According to the Kigali Network, which brings together civil society organizations for the energy efficiency of Brazilian refrigeration equipment, if Congress does not approve the amendment this year, the national industry could lose part of the resources of the Multilateral Fund to the Montreal Protocol.

The renewal of the Antarctic Treaty (PDL 406/19) is another international protocol awaiting a position from the Congress. Since 1982, Brazil has maintained an exploration base on the continent for scientific purposes, which guarantees it a seat on the Advisory Board with a voice and vote on activities on the continent. Known as the planet’s thermal regulator, for its ability to assess temperature changes, many of the studies and data that sparked the warning about global warming came from Antarctica. The document is ready to go to Plenary since 2019.

If all the projects that have in common the preservation of the forest and the contribution to the reduction of emissions are approved by the plenary of the Chamber before COP26, Brazil will arrive in Glasgow, Scotland, with effective proposals to be presented to the international community. The parliamentarians involved in this mobilization, however, understand that it is still necessary to review the NDC’s target, even if this does not alleviate criticism of the country for the expansion of deforestation.

“Since deforestation is a central element in Brazil’s participation in this debate on emissions, this is an element that we cannot disregard, because Brazil can bring a lot of good news and good ideas, but it will be charged for the increase in its emissions, arising from deforestation”, assessed Adriana Ramos, from the Social and Environmental Institute during the public hearing at the Chamber.